July means summer parties and BBQ’s are in full swing. For this month’s Tip From Tats we have a special treat to impress your guests at any summer gathering – a Cold Ginger Ahi Poke Recipe from local celebrity Chef Sheldon Simeon. Chef Sheldon was recently on Season 10 of Top Chef on Bravo, winning Fan Favorite, and last year opened his newest restaurant Lineage on Maui. 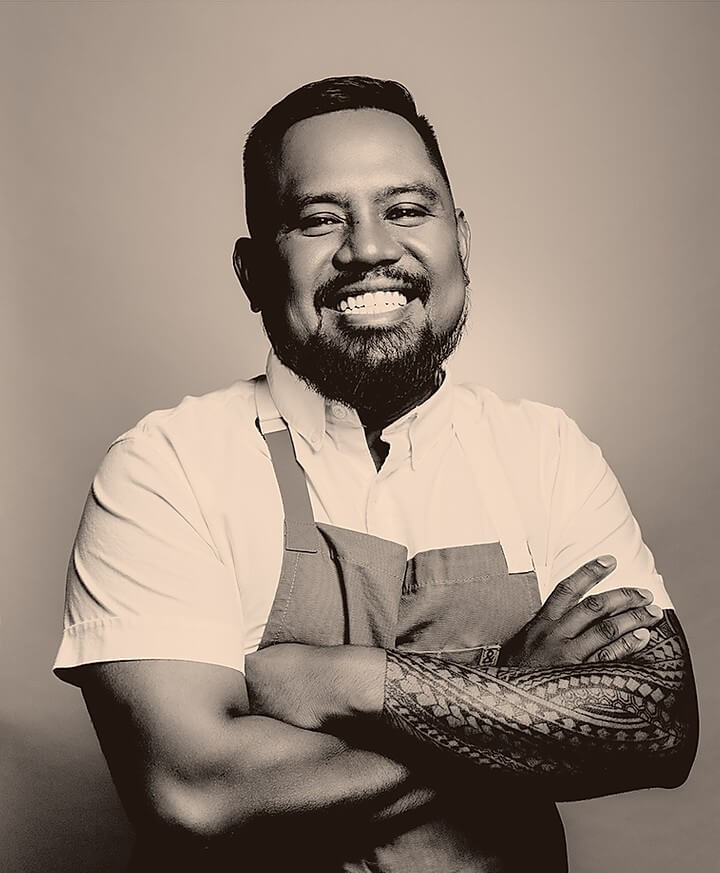 “I almost always add ginger to every poke recipe. It brings freshness to the dish and also a layer of spice different from chili peppers.” – Chef Sheldon Simeon

Place all ingredients in a bowl, mix well.

Born in Hilo, on the Big Island, Sheldon acquired his love for cooking from his parents. His path led from Hilo High to the Culinary Institute of the Pacific, onto an internship at Walt Disney World. Upon returning to Hawaii, Sheldon attended Maui Culinary Academy. Sheldon competed in the 10th season of Bravo Network’s Top Chef: Seattle, making it to the finals, and winning Fan Favorite. He returned to the show again in 2017 for season 14: Charleston, once again winning Fan Favorite. In 2016, Sheldon opened up his very first solo restaurant, Tin Roof, in Kahului, Maui, where he serves up local dishes in take-out bowls. Sheldon’s food is a playful take on classic local dishes, including a variety of poke, kau kau tins, sandwiches, noodles and more. His mix of innovative modern cuisine and adherence to tradition, influence his dishes and help shape his menus. His growing legion of loyal fans will attest to his award winning creativity and palate.

In fall 2018, Sheldon opened his second solo project, Lineage, also on the island of Maui. Sheldon’s first full service concept, the restaurant delights guests with traditional local Hawaii fare. The menu represents the feeling of dining at home alongside extended family, feasting on family-style dishes typical of a Hawaiian luau. Sheldon welcomes customers to his restaurants as he would his home, with a relaxed community atmosphere. In 2019, Lineage was named a James Beard Award semifinalist for “Best New Restaurant.”

Sheldon resides in Maui with his wife Janice and their four children.