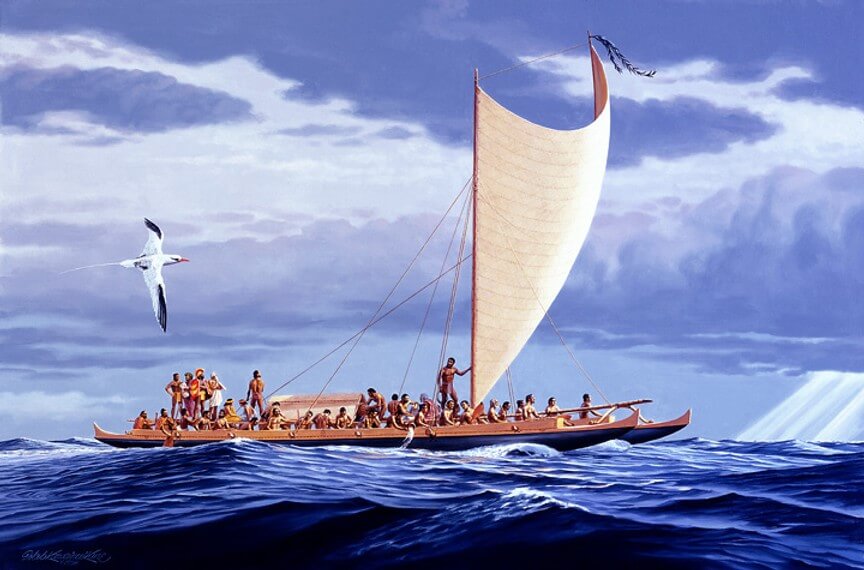 Outrigger canoes first arrived in Hawaiʻi around 200 AD, some large enough to hold up to 80 people, and were filled with essential items like edible plants, water, and animals to ensure a sustainable and lasting voyage for the brave explorers who left their home in search of land. By following the migration patterns of birds seen flying overhead, explorers soon discovered what is now known as the Hawaiian Islands.

While outrigger canoes were not invented in Hawaiʻi, the sport of canoe racing, hei hei waʻa, certainly was and had been practiced widely among Hawaiian chiefs for sport and recreation, often placing bets on the outcome. When Captain Cook arrived at the Hawaiian Islands in 1779, he reported seeing at least 1,500 outrigger canoes, quite a feat due to the amount of work and manpower required to build each one. In that time, estimates of a Hawaiian population were between 175,000 to 225,000 people and between 6,000 to 12,000 outrigger canoes. As the shift from traditional Hawaiian practices to European ways of life began to take shape, canoeing, and placing bets on the outcome of canoe races, became frowned upon by missionaries and was later banned by Queen Kaʻahumanu under their influence.

Several decades later, in 1875, the last reigning King of the Kingdom of Hawaii, King David Kalakaua, brought back the sport by naming his own birthday, November 16th, as the official annual regatta day. In 1908, the Outrigger Canoe Club was founded on Oʻahu, which helped popularize the nearly lost Hawaiian sports of surfing and outrigger canoe racing.

Then, in 1975, historian and Polynesian Voyaging Society member Herb Kawainui Kane designed a replica of a traditional Hawaiian double-hulled voyaging canoe, which he named Hōkūleʻa, or “Star of Gladness.” In 1976, Hōkūleʻa departed from Honolua Bay, Maui, and arrived successfully in Tahiti 34 days later, without the aid of any modern navigation instruments. After completing six major voyages over the next couple of decades, the Hōkūleʻa has become an iconic spiritual symbol for the Hawaiian people and culture.

Although Hōkūleʻa mastered open ocean voyages time and time again, a second canoe was in the works, called Hawaiʻiloa, which would be built from more traditional materials, difficult to find due to deforestation and a lack of large Koa trees. In 1990, a group of native Alaskan tribes donated two Sitka spruce logs for the canoe, stating, “both the reality and the symbolism of the Hawaiʻiloaproject breathe hope and inspiration into all peoples seeking to maintain their traditions, heritage and culture in a society that does not place a high priority on such things… You do it for the Hawaiian people, but it reaches far beyond. In your canoe you carry all of us who share your vision and aspiration for a people to live and prosper with their future firmly built on the knowledge of their heritage and tradition.”

Today, outrigger canoeing, and canoe racing have once again been revived along with Hawaiian practices of wayfinding and construction. There are now more than 60 canoe clubs in Hawai‘i, and Hawaiian outrigger canoes are the standard canoe used internationally in outrigger canoe racing. The shape, length, and weight requirements for racing are all very strict based on Hawaiian culture and tradition, commonly using original Hawaiian customs, names, techniques, and traditions for all parts of the sport. 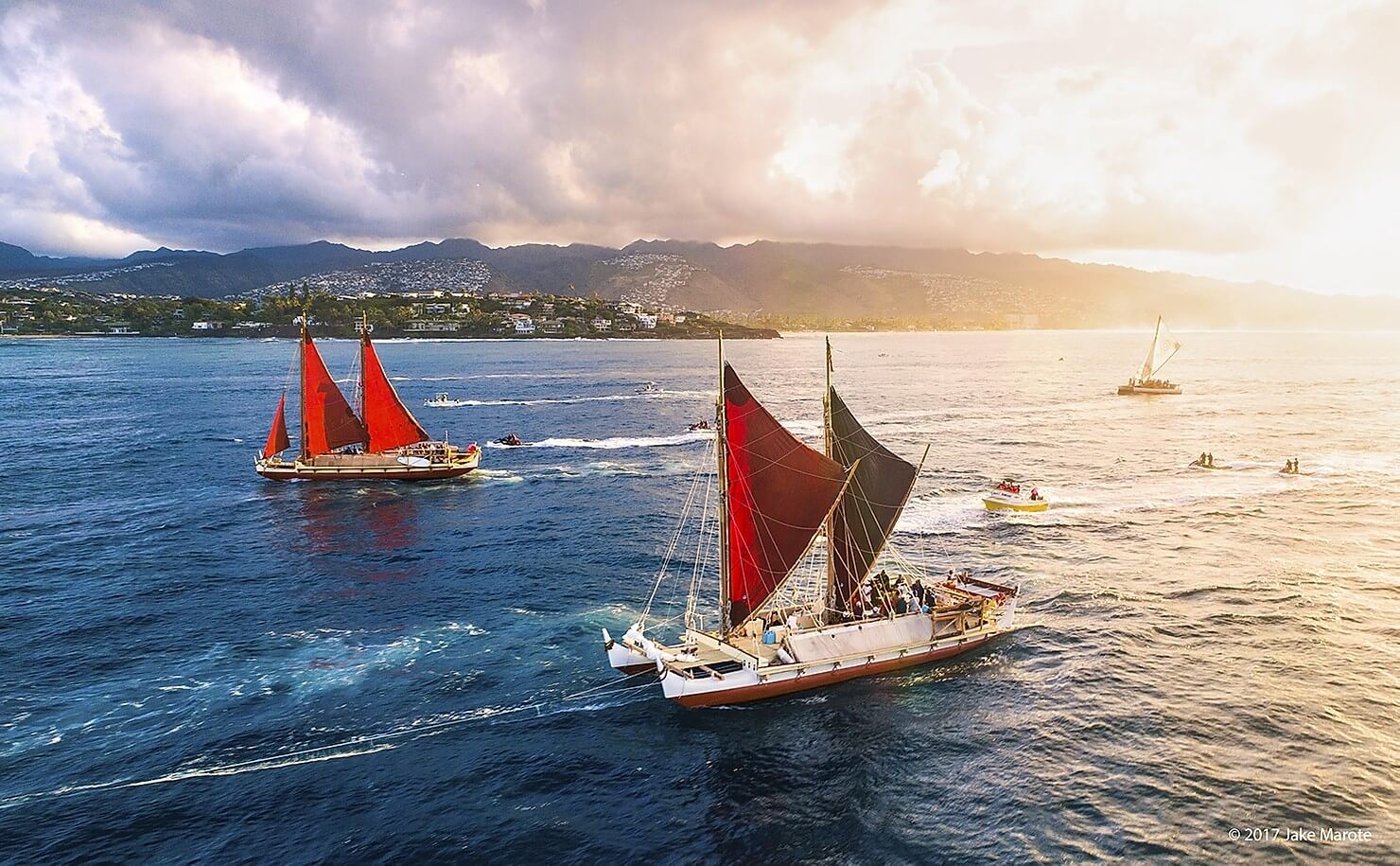