From Point Papa‘a on Ni‘ihau, Pele gazed across the small channel of ocean to the Island of Kaua‘i. She and her entourage set a short sail for the lush island.

They landed in Hā‘ena on the north shore of the island. It was here, before the setting of the sun, that they heard music and merriment. Following the call of the music, Pele came across a rude enclosure where the people were gathered for sports. In the crowd Pele saw a very handsome man, Lohiau, the ali‘i (chief) of Kaua‘i. Upon seeing him, she suddenly resolved to seek him as her husband.

Her voice could be heard starting in the hills as she chanted her way to the assemblage of people. They turned, mesmerized and startled at the haunting voice of a wondrous woman of beauty and charm. As her oli (chant) ended, Lohiau ordered his people to stand aside so the stranger may enter the enclosure.

The people of Kaua‘i muttered and wondered who this beautiful stranger was. Pele approached the handsome ali‘i of Kaua‘i. Lohiau was surprised when his unknown guest asked him to become her husband.

It is said that, in celebration, Lohiau ordered his people to prepare tables for a feast where he invited Pele to eat with him. Now, as Pele arrived during a time of games and sports, we can surmise she arrived during the season of Makahiki (ancient Hawaiian New Year festival). And for those who know of the kapu (sacred) system, men and women were not allowed to eat with one another – even during the time of Makahiki. Thus, we may only guess on what transpired between Pele and Lohiau.

Following their meal, Pele told Lohiau that she could not live with him until she had found a suitable home for them. The ali‘i of Kaua‘i was rather ashamed to have his wife prepare their home, but after some time, he consented.

Lohiau’s best and truest friend, Kaleiapaoa, was summoned to see Pele. Kaleiapaoa visited Lohiau’s sister, the celebrated kapa (clothing material) maker of Kalalau and asked her for a pa‘u (skirt). She gave him one just made by beating laua‘e, a most fragrant fern, from the cliffs of Honopū. Pele received her gift with great appreciation and was very pleased as the scent was so sweet. She then bade farewell to Lohiau as she went to prepare their home.

Pele dug with Pāoa at different locations in Hā‘ena but striking water each time, she decided to move to other areas on the Island of Kaua‘i. She ventured to a Kukui grove near Pila‘a. Pleased with this spot, she journeyed to the mountains where she dug again, but was met with unsatisfactory results. Pele hurried to Kōloa where she took the form of an old woman. Her repeated efforts of digging a dry cave failed each time. 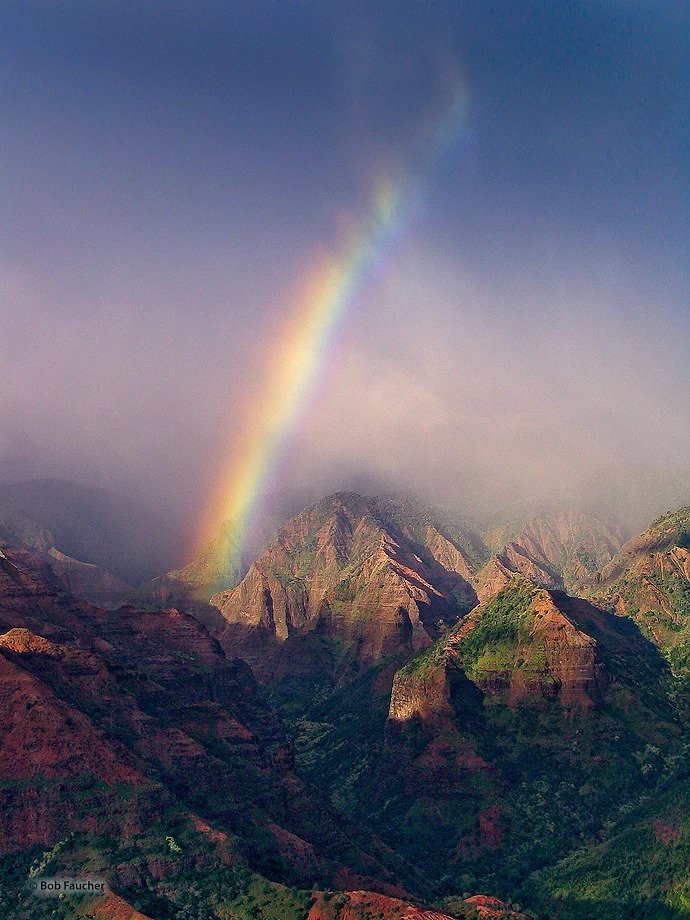 Smoke had billowed from Pele’s pits and reached towards the heavens above Kaua‘i. It was due to this that her sister, Nāmakaokaha‘i, was alerted to Pele’s whereabouts. Nāmakaokaha‘i moved with haste from her mountain lookout across the Pacific to the Island of Kaua‘i. With quick ferocity, Nāmakaokaha‘i battled Pele. Smashed and broken, Pele was left for dead.

Join us next month for Chapter 4 to learn of Pele’s fate.