At Hanauma Bay on the Island of Oʻahu, Pele stood over the fallen men who fainted due to her beauty. One by one they awoke and agreed to take her with them to the Island of Molokaʻi.

Upon landing on Molokaʻi, Pele jumped ashore and became invisible as soon as her foot hit the sand. The captain and crew told the aliʻi of the island of the beautiful woman who had come with them from Oʻahu. The entire island searched, but Pele could not be found. Pele had dug a cave between Kalaupapa and Kalawao only to hit water. Pele then moves on to the Island of Maui.

Pele scoured the Island of Maui for a suitable home and eventually arrived at the slopes of Haleakalā. She climbed the mountain and with fine hope and promise, began digging with her ‘ō‘ō Pāoa. Billows of smoke and ash filled the sky over Maui as Pele dug deeper and deeper. 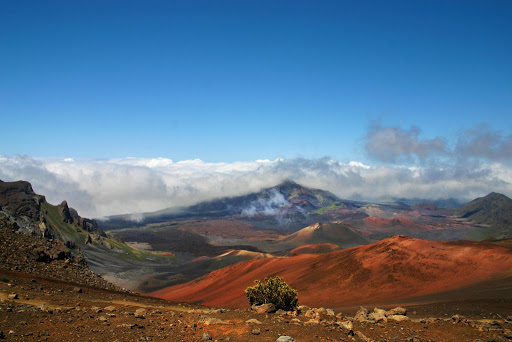 While Pele was engaged in creating a suitable home, one person in particular caught interest in black smoke filling the skies over Maui. Nāmakaokahaʻi, Pele’s older sister and rival, knew this was her sister at work and hurried from Kahiki accompanied by her sea dragon, Haui.

Pele met Nāmakaokahaʻi on the eastern shore of Maui and with reluctant consent of her brother, Kamohoaliʻi, met her sister in battle. The battle had been vicious as Pele’s flames met with the conjured waters of Nāmakaokahaʻi. The ground shook while smoldering cinders filled the heavens above. Aided by Haui, Nāmakaokaha‘i viciously dismembered Pele’s body which landed in Hāna near Kauʻiki and formed a hill now called Ka Iwi o Pele (the bones of Pele). 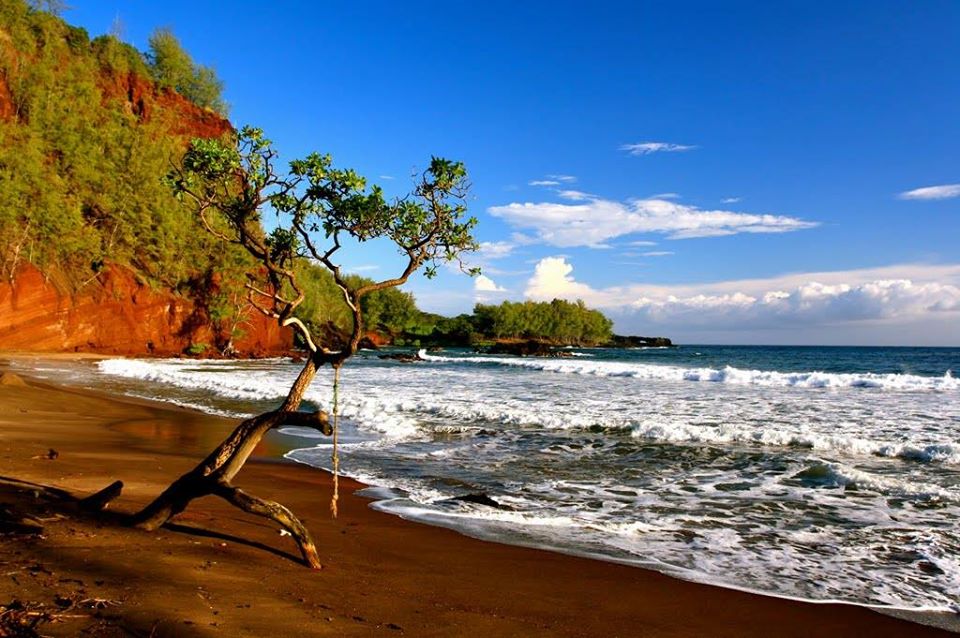 Nāmakaokahaʻi felt triumphant as she had finally destroyed her enemy. She looked to her brother Kamohoaliʻi who looked at her in disbelief. “Nāmakaokahaʻi you do not realize what you have done.”